What Is A 3D Ultrasound? 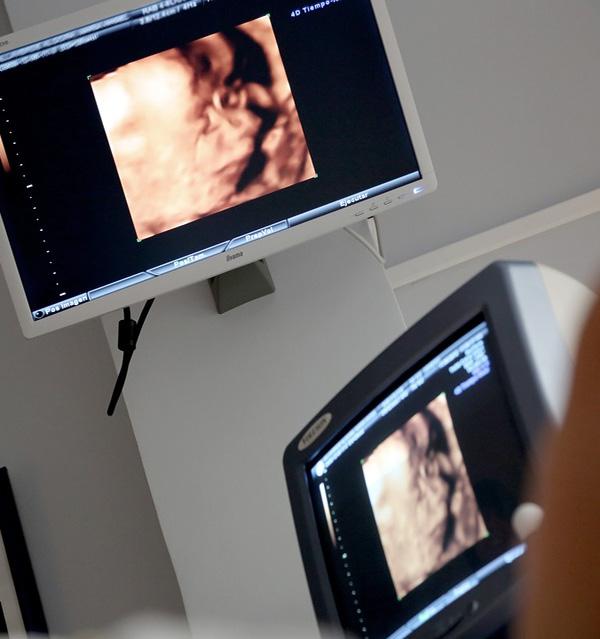 A 3D ultrasound in Snellville, GA, is routinely done when there's a need to see three-dimensional images of a growing baby in the womb. It's a step up from standard 2D images since additional details can be viewed based on the images produced. However, with a 4D ultrasound in Snellville, GA, expectant parents will be able to see real-time images of the baby in video form.

What Is A 4D Ultrasound?

3D and 4D ultrasounds both use sound waves to produce an image of the growing and developing baby. The main difference is that 4D ultrasounds allow for the live-streaming of video. This means real-time images of the baby's motions, movements, and fetal heartbeat can be viewed; even blood flowing through vessels can be seen on the video feed.

How Does It Work?

With 2D ultrasounds, a flat image is produced. However, a 3D image can be created when the probe captures images from varying angles. When this 3D image is generated and refreshed in real-time, the result is live video – essentially 3D images shown in a continuous stream. The images produced can be viewed on a screen by both the patient and the healthcare professional.

High-frequency sound waves are used to produce 4D ultrasound pictures in Snellville, GA, as is the case with a 3D ultrasound. A small probe, also referred to as a transducer, is used to produce images of internal structures – tissues, organs, etc. The probe is comfortably moved over the area that needs to be scanned, usually with the help of some gel that's gently applied. In addition to allowing for the smoother manipulation of the probe, the gel reduces space between the probe and the skin to create a clearer fetal image.

Why Are 4D Ultrasounds Done?

At Gwinnett OB/GYN, a 4D ultrasound is often performed during pregnancy, sometime between 24 and 30 weeks. It's done to observe the development of the growing baby without exposing the fetus to radiation. The main advantage of 4D ultrasounds is that the baby can be seen much clearer. This fact alone makes it easier for any potential developmental issues to be detected and diagnosed. Plus, it may be more difficult to spot the same issues with a traditional 2D ultrasound. Some parents also appreciate having a 4D ultrasound as a memento or keepsake.

What Is The Benefit Of 3D And 4D Ultrasounds?

Both 3D and 4D ultrasounds offer advantages often appreciated by expectant mothers or parents, and healthcare professionals. These include:

Your Top Choice for Ultrasounds In Snellville, GA

Enjoy the many benefits that go along with having access to clear images or live-streaming videos by reaching out to our friendly, experienced staff. We'll guide you through the ultrasound process and make your experience with either a 3D or 4D ultrasound a pleasant one from start to finish.